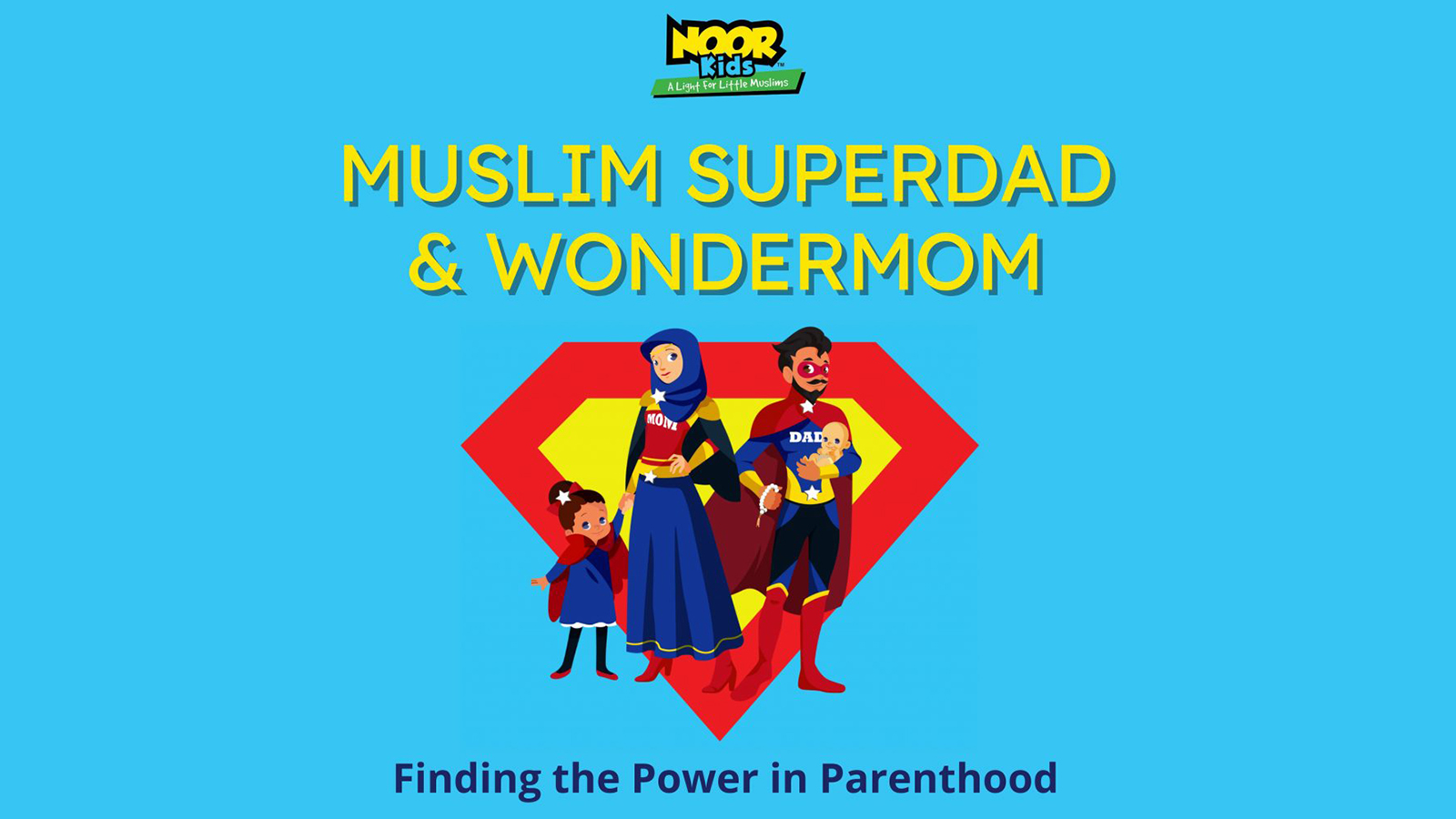 (RNS) — Talking to kids about sex is just one of the traditional taboos addressed in a new podcast focused on modern Muslim parenting. One clue to how the podcast approaches such thorny topics comes in its title, with apologies to the DC Comics universe: “Muslim Superdad & Wondermom.”

The podcast’s host, Amin Aaser, regards Muslim parenting as a journey that requires a balance of traditional and modern values while also juggling parenting with work and other modern issues — “saving the world by day and being a cook, comedian and coach by night,” as Aaser puts it in the show’s introduction.

“Muslim parents living in the West are met with a litany of challenges on top of the built-in challenges of just being a parent,” said Noon Salih, a co-founder of Noor Kids, a series of children’s books that teach Islamic values and morals, who developed the podcast with Aaser, Noor Kids’ CEO. “Navigating dual identities, building faith-based principles in an environment where their way of life can be vilified.”

RELATED: A rebel and freedom fighter, Elaine Mokhtefi translates their remarkable life in her husband’s memoir

Muslim parenting podcasts that have cropped up in recent years tend to focus on the experience of mothers, but “Muslim Superdad & Wondermom,” if anything, speaks more to dads.

The podcast’s founders believe that in many Muslim communities cultural and societal barriers have placed fathers in a too passive role, when they are there at all.

“In the Muslim community, and in America at-large, the culture of a fatherless home continues to persist,” said Aaser in an email. “A recent study by Pew Research shows that since 2000, nearly 1-in-3 child births happen out of wedlock. We launched the Muslim Superdad and Wondermom podcast to help parents (and especially dads!) build a community around parenthood, discussing relevant topics to empower us to become the parents that our children deserve.”

Aaser, said Salih, “frequently discusses fatherhood as a crucial part of the parent model. Dad helping Mom — Dad showing affection to kids, Dad being an active participant in the household.”

Unlike other parenting podcasts, too, “discipline” is as likely to mean spiritual accountability as toddler timeouts. Discussing the importance of self-care, one guest, a psychologist, holds up the Prophet Muhammad as a model, defining self-care as taking time to pray, reflect and be with ourselves over materialistic me-time or eating a tub of Ben & Jerry’s.

RELATED: New initiative seeks to get Muslims to the golf course

The podcast is part of a larger effort to give Muslim families more resources that expand Islamic education beyond rote memorization. Noor Kids, launched in 2016, features cuddly animals as its characters with narratives akin to a Muslim “Dora the Explorer.” One line of books is aimed at children up to 3 years of age and a second line is intended for children up to 9.

Both efforts draw on a network of qualified Islamic scholars who advise on the content.

“Noor Kids started as a passion project. But, today, we have a team of 20 creative, scholarly and educational experts who are dedicating their lives to help raise confident Muslims,” said Aaser.

Its success — and having young kids at home — gives the host of “Muslim Superdad & Wondermom” plenty to talk about.

This article has been corrected. An earlier version did not include the correct launch year for Noon Kids which is 2016. Noon Salih was a founder of the podcast “Muslim Superdad & Wondermom” not, Noor Kids. Religion News Service regrets the error.