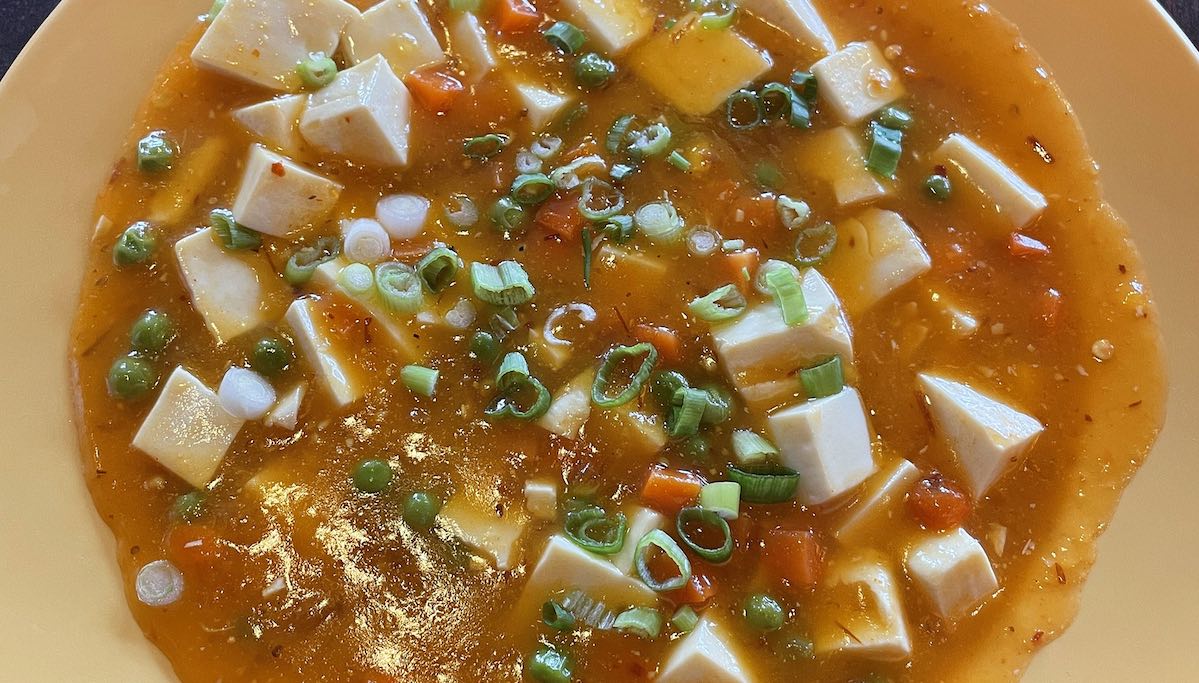 If you’ve never wondered why so many Chinese restaurants use what appear to be very similar menus, you probably don’t get much Chinese takeout. The menus look alike, and the dishes are pretty much the same wherever you go.

What’s that about? It took me a lot of digging, but the often-reliable internet finally led me to the secret: Most of the menus come from a group of printers packed into a few blocks in New York’s Chinatown, using newspaper-size printing presses to run hundreds of thousands of similar Chinese menus for the whole country!

This may help explain why most of Louisville’s 50 to 60 fast-food Chinese restaurant menus seem very much alike.

So if you drive past Peking City Express on Dutchmans Lane, don’t let the smallish venue and that giveaway “Express” in its name prompt you to expect just another fortune-cookie-cutter fast-food Chinese joint.

This little place is a direct descendant of Peking City Bistro, one of the Ville’s top fancy-Chinese spots in the ‘00s. It’s perhaps able to serve 20 diners at capacity, and much of its business appears to be takeout and delivery. It’s worth sitting down, though. It still excels with both an authentic Chinese menu and a more standard Chinese-American bill of fare that still contains some surprises; it’s all elevated by the hand of an exceptional Chinese chef.

Peking City’s regular menu might remind you of the Chinese-restaurant standard, but it’s not nearly as voluminous with only about 60 items. Pricing is a bit above the Chinese-American standard, but not enough to rank it as a pricey establishment: Virtually every dish is $9.95 to a maximum of $12.95-$13.95.

We came for the authentic menu, though, and you should too. It’s available on request, and doing so seems to place you among the cognoscenti. It, too, offers about 60 items and is fully bilingual in Chinese and English.

Three authentic Chinese duck entrees mark the top entree prices at $32.99 (for salty-water duck or tea-smoked duck) to $35.99 (for duck stuffed with sticky rice). The rest of the authentic menu is subdivided among seafood, meat, rice and noodle entrees, and vegetable main dishes, ranging in price from $9.99 (for Sichuan Dan Dan noodles or, wait for it, intestine vermicelli soup) to $18.99 (for fish with tofu and red pepper or spicy whole fish). Other than the intestine noodles and a couple of appetizers featuring chicken feet, most of the menu shouldn’t alarm even a slightly adventurous diner.

We started with a bowl of veggie tofu soup ($7.99) from the authentic menu and a couple of spring rolls ($2.95 for two) from the regular menu. We were delighted with both.

The spring rolls were shatteringly-crisp fried pastry, sizzling hot and admirably grease-free. They were small in circumference and tightly filled with shredded cabbage cooked soft and steaming in the fryer. A subtle anise whiff of five-spice added interest.

Veggie tofu soup ($7.99) was a triumph of simplicity. The quality of the vegetable broth signaled a fine chef in the kitchen: It was very clear and refreshing, with tiny pale droplets of sesame oil on top, just enough to add a hint of aroma. Big rectangles of tofu swam in the broth with thin lengthwise zucchini slices, thin-sliced carrots and several whole baby bok choy that seemed to have been stir-fried in sesame oil before adding to the broth. This dish seemed designed to exhibit a mix of textures, tastes and colors in a work of culinary art.

Salt pepper pork rib ($13.99), a traditional Sichuanese dish, was another artful creation. Chunks of firm but tender pork were cut across the bone into chunks about the size of large nuggets, then coated with a salty flour-and-egg breading and fried into crunchy bites so good that it’s really hard to stop eating them. The salty meat is liberally mixed with tiny hot pepper slices charred black from the wok, an addition that added a delicious, fiery, smoky and complex flavor element to the tasty pork.

Ma Po tofu ($9.99), another classic Sichuanese dish that has gained worldwide fame, got the authentic treatment here. A tongue-tantalizing mix of hot chile peppers and numbing Sichuan peppercorns added fire to a glistening, cornstarch-thickened sauce. A ration of peas and carrots added a Chinese-American touch to an otherwise authentic presentation.

A delicious Chinese lunch for two was $37.02, plus a 25% tip calculated by the tableside charge system.

Easy Dinner Recipes (Without Having to Cook Anything)