The Chair, motherhood, and the myth of the monstrous child 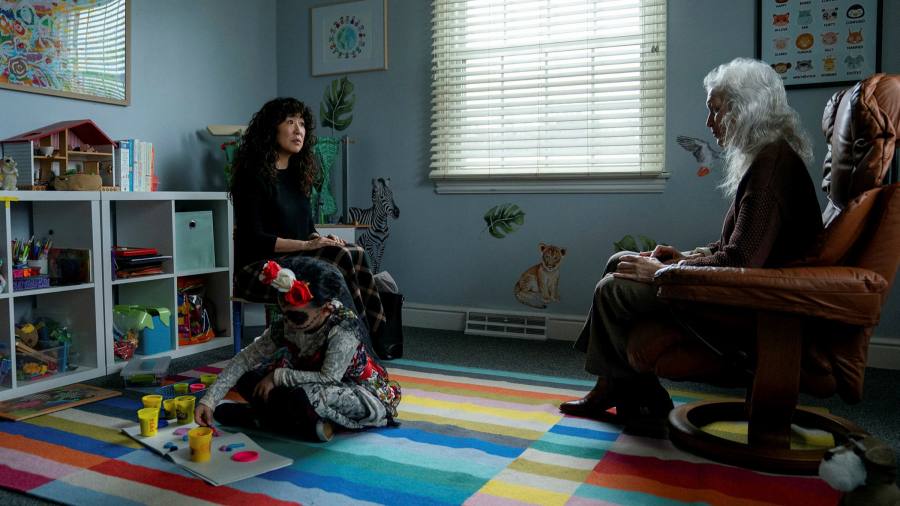 Sign up to myFT Daily Digest to be the first to know about Life & Arts news.

Many taboos are explored in the jewel of a Netflix series, The Chair, starring the incomparable Sandra Oh. A drama centred around the newly appointed chair of an English department at “a lower-tier Ivy League college” called Pembroke, the six-part series taps through a list of cultural touchpoints, including institutional racism, sexism, ageism and the rise of social activism, with an insouciance that would make many writers quake. The campus is now governed by trial by Twitter, a mob sense of political righteousness (surely no one would opt to be a teacher in this time of the “teachable moment”) and humiliating public forums called Town Halls. It’s an excoriating take on so many febrile issues. It also delivers lots of laughs.

The series was co-written and executive produced by Amanda Peet, an actress I have forever admired and who is married to David Benioff, the co-creator of Game of Thrones, who was also an executive producer. With their departmental betrayals and intrigues, the dusty halls of Pembroke seem not so different from the bloody fields of Westeros. But instead of staging lusty coups and public slayings, the assassinations at Pembroke are done via student feedback, greying committee members and rate-my-professor polls. Oh’s character has been appointed in the twilight of an era when the plump rewards of tenure are coming to an end. As the head of a department that is overstaffed and underfunded, she has been charged to make the necessary cull.

Professor Kim’s surly six-year-old draws portraits in which her mother is shown being garrotted, and triggers childminders while they’re sitting on the loo

Perhaps the most interesting decisions in the series, however, are not in the depiction of the culture wars, nor the machinations of a troubled institution, but in the way Peet captures the domestic drama of the home. As a forty-something single mother of an adopted daughter, Professor Kim’s most complicated relationship is the one she shares with a daughter, a surly six-year-old who has a pathological inability to charm. She draws portraits in which her mother is shown being garrotted, she triggers childminders while they’re sitting on the loo; she manipulates her carers, or runs away from them, cackling. She speaks mostly in a plangent whine.

The monstrous child has always been an awkward trope in drama. The prevailing wisdom says that bad children can only be begotten by bad parenting, and few female protagonists in film or television are tolerated if they are imagined as incompetent at doing the thing they were biologically destined to do. It probably helps that Peet, a mother of three, is in the role of showrunner, but as a depiction of the challenges of parenthood I found The Chair a far more interesting and nuanced read. I liked that her parental responsibilities and worries weren’t the epicentre of the narrative, but that they clouded every decision the professor made. It also made for an interesting diversion: that one’s child might be unlovable tickles the darkest recess of parental anxiety. Is my child a little shit?

Such conversations have been percolating into drama for some time now, as the cliché of the 2.4 family unit is finally beginning to recede. This year has seen a welcome rise in dramas that have taken in the phenomena of single parenting, co-parenting, disability, psychological trauma or addiction, and challenged the popular argument that you can simply love someone into becoming “good”.

Because not all children are a sun ray. We’ve all known kids that leave us cold. But charmless children often emerge as dazzling adults: maybe they’re just not the type who enjoy the indignity of youth.

Even so, there’s always part of us that blames the parents. When kids are wayward, rude or generally unpleasant, modern thinking still insists that it must be because the parents are doing something wrong. A bald expression of this theory is now delivered by Melinda Wenner Moyer, whose new book How to Raise Kids Who Aren’t Assholes offers a rubric on how to bring up children who are compassionate and kind.

Wenner Moyer, a science journalist and parenting columnist, who lives in Hudson Valley with her husband and two children, argues that traits of kindness have for too long been seen as weakness when, in fact, studies have found that “the boys who were the most helpful and generous in kindergarten ended up earning the most money when they were 25.” They were also less likely to go to prison, she continues. Hence Mr Nice Guy might also be an alpha male. Her parenting advice also advocates for open discussion of subjects that might be uncomfortable for parents, as to ignore them might engender toxic ideas. While white parents might feel uncomfortable discussing race with their children, for example, suppressing the discussion will only help instil white privilege and racial bias.

Wenner Moyer’s philosophy is hardly groundbreaking: it’s basically built on the principles of removing unnecessary pressure and offering your children unconditional love. Even so, before deciding how far I need to stem the current programme of assholery that’s ongoing at casa Ellison, I’d be curious to meet Wenner Moyer’s kids. Just as the children of psychologists tend to be ridden with the worst anxieties and neuroses, it’s too deliciously deviant not to imagine that Wenner Moyer’s handbook will one day bite her on the ass.

Twenty years later, the political and psychological consequences of the attack have become more intelligible

Inside the cult of crypto

Debate? No thanks. Doubts? Not welcome. How the world of cryptocurrency diehards really works

Parenting: Maintain good relationships with teens and help them learn from mistakes

Hope for Parents from Hard Places